In my recent exploration of window functions, I realized didn’t really know the differences between rank functions. The dplyr documentation lists out six functions, of which I pretty much only use one (row_number()):

Though the documentation description is relatively clear, it was still hard to grasp exactly how they differed. I found it easier to do the comparison visually. 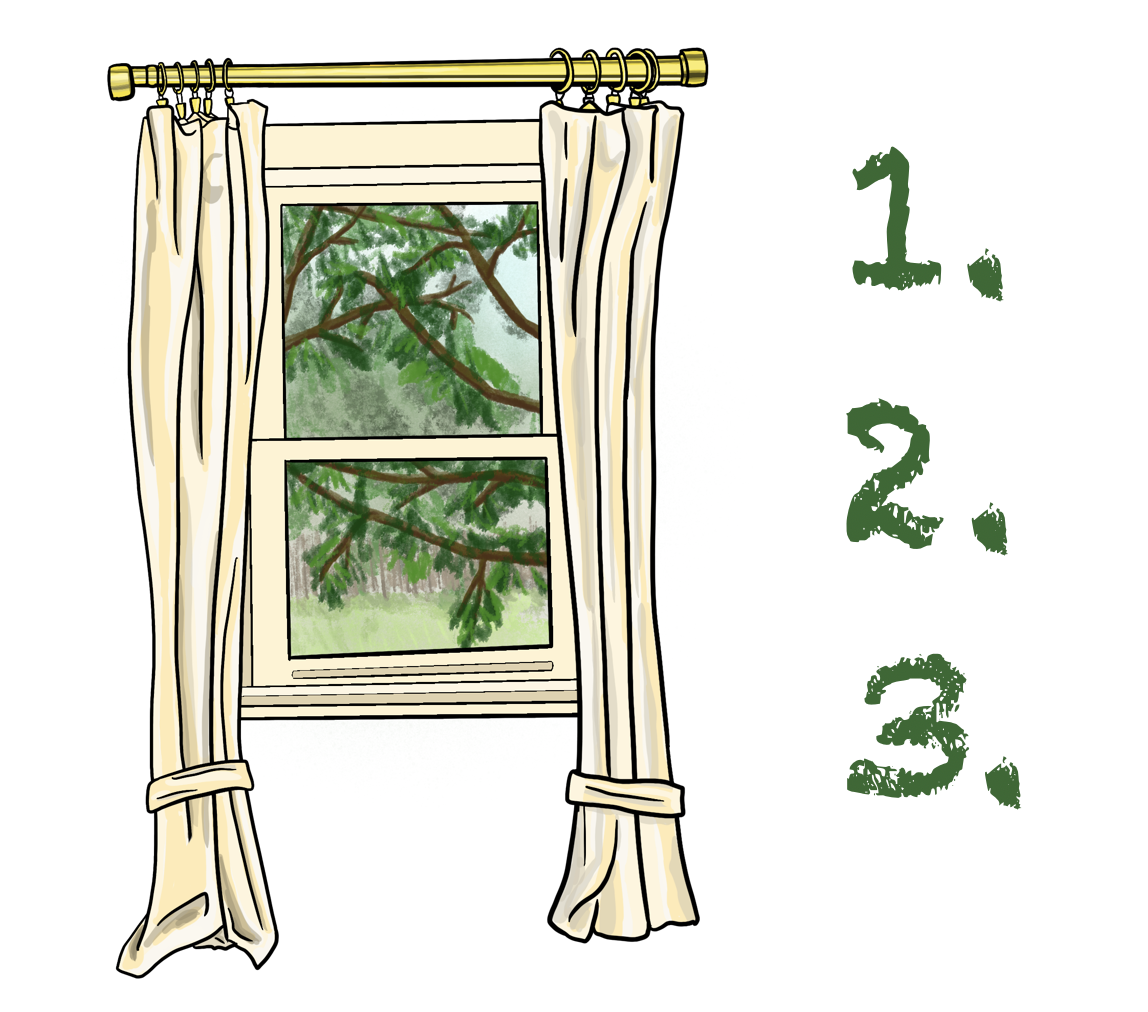 Given a toy dataset of trivia scores from two teams, let’s see how the scores rank using the functions above.

From the patterns above we see that:

To dig into it even more, here’s another way of visualizing the ranks. Since ranks are only dependent on the order of values and not the value itself (except with repeats), I’ve used row number for the x-axis and added it as a light gray background as well.

We see that with the exception of ntile, all ranking functions group repeated numbers together (I colored the two 6’s in teal and the three 40’s in orange). 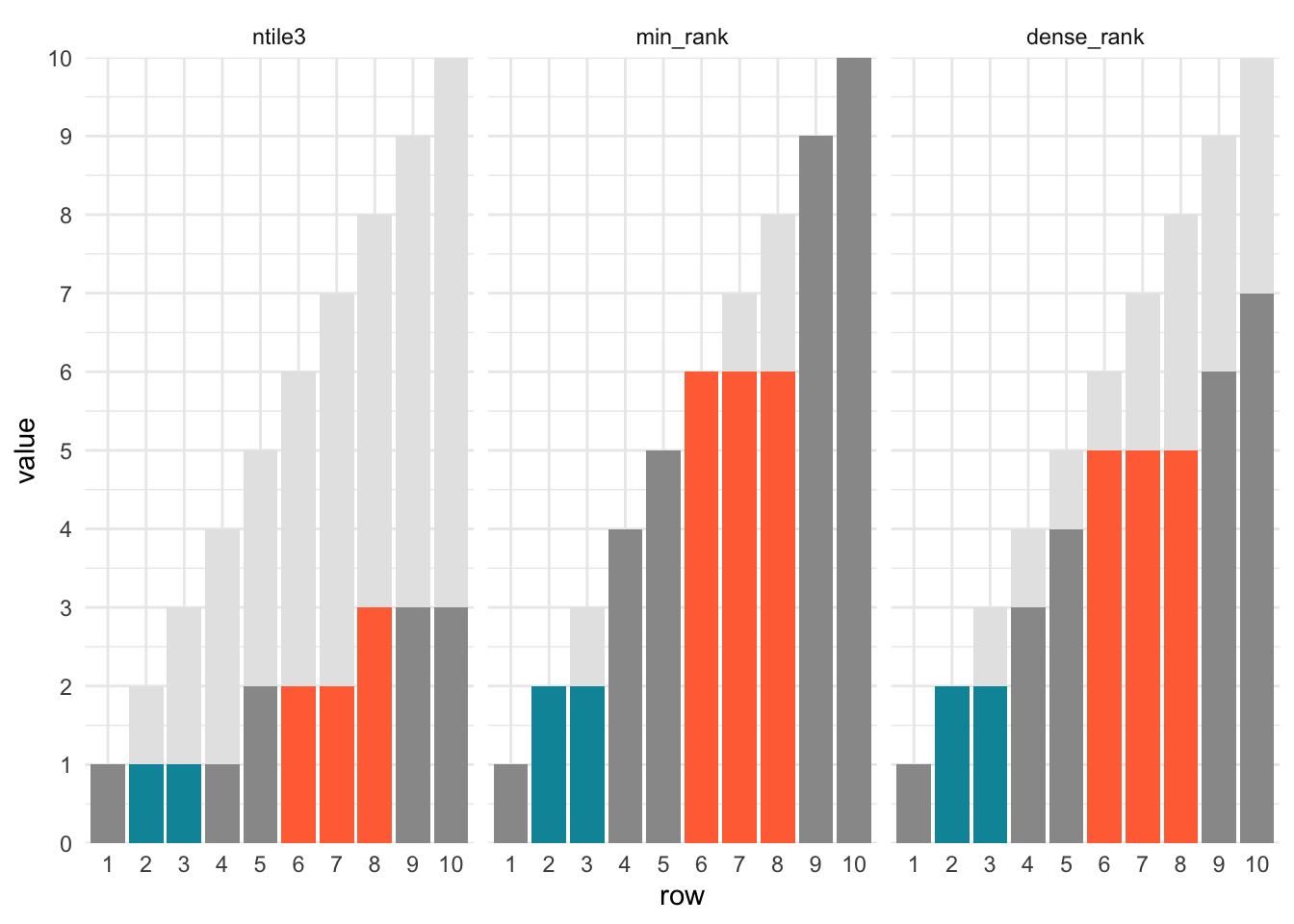 Since percent_rank() and cume_dist() reach a maximum of 1, I decided to plot them separately. The light gray background indicates equal increments of 0.1 across all 10 values. 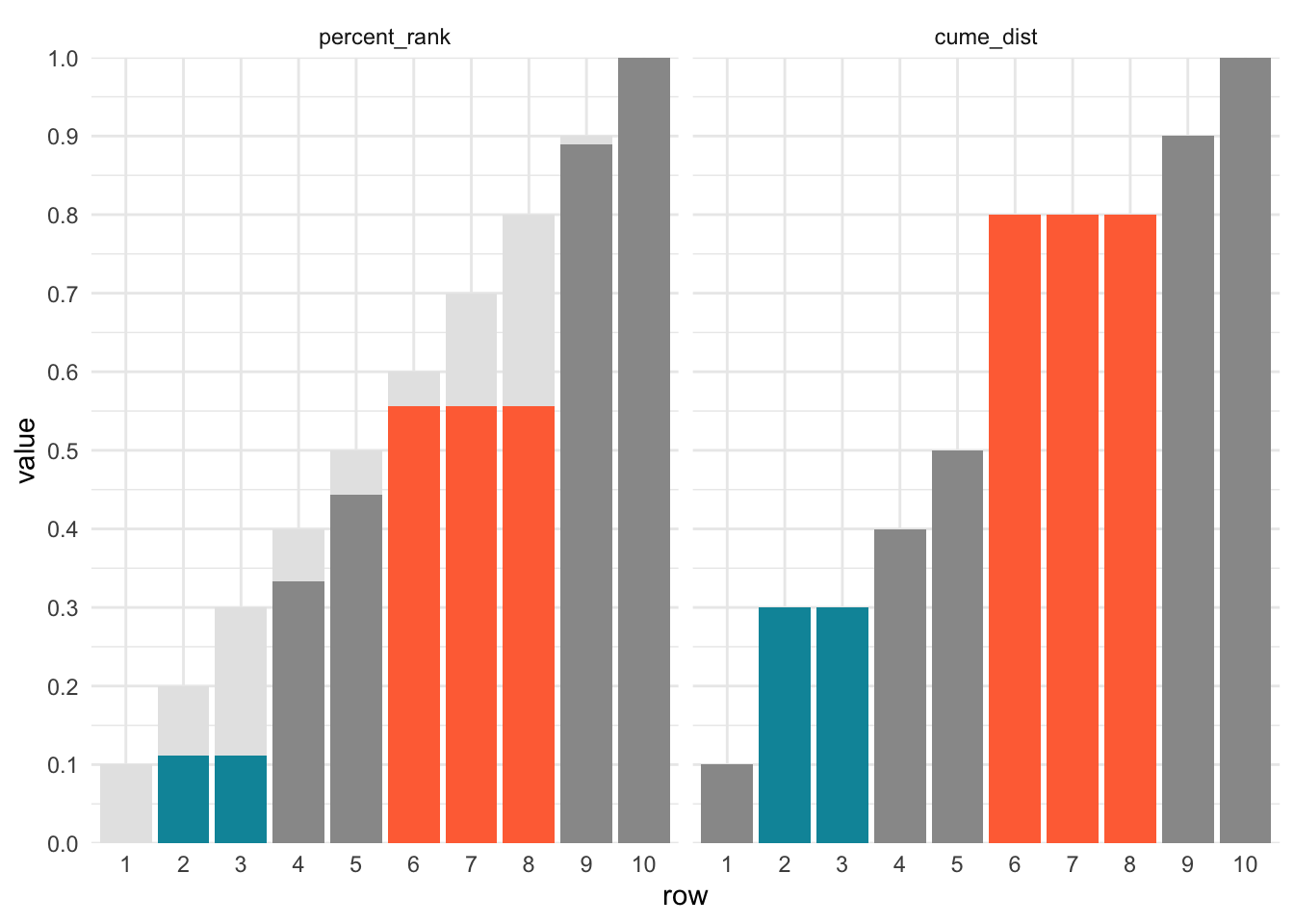 Splitting by team requires just one extra line (and one more to make the resulting table look nicer):

Now, instead of overall ranks, the scores for each team are ranked separately.

Perhaps you think it’s weird that the lowest trivia scores get the highest rank (1). To reverse the ranking order, we can use either desc() or just add a -.

And that’s all there is to it! Hope the visual aids help to reinforce the differences in the options.